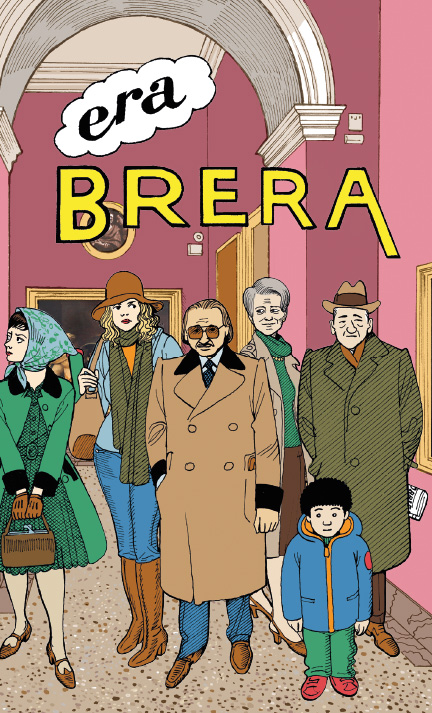 One family, a number of different generations through the centuries, a plethora of stories of husbands and wives, sons and lovers, grandparents and grandchildren… But each member of the Brambilla family has one thing in common: one time or another, they’ve passed through the halls of the Pinacoteca di Brera. And all sorts of things have happened to them. Slaps in the face, the start of a love affair, a heart or two broken… Then there was the time Great Aunt Cesira really messed up… Right here, before Mantegna, Bellini and Caravaggio’s masterpieces. Not that surprising when you come to think of it: that’s what we’re all like, what art’s like… what life is like. 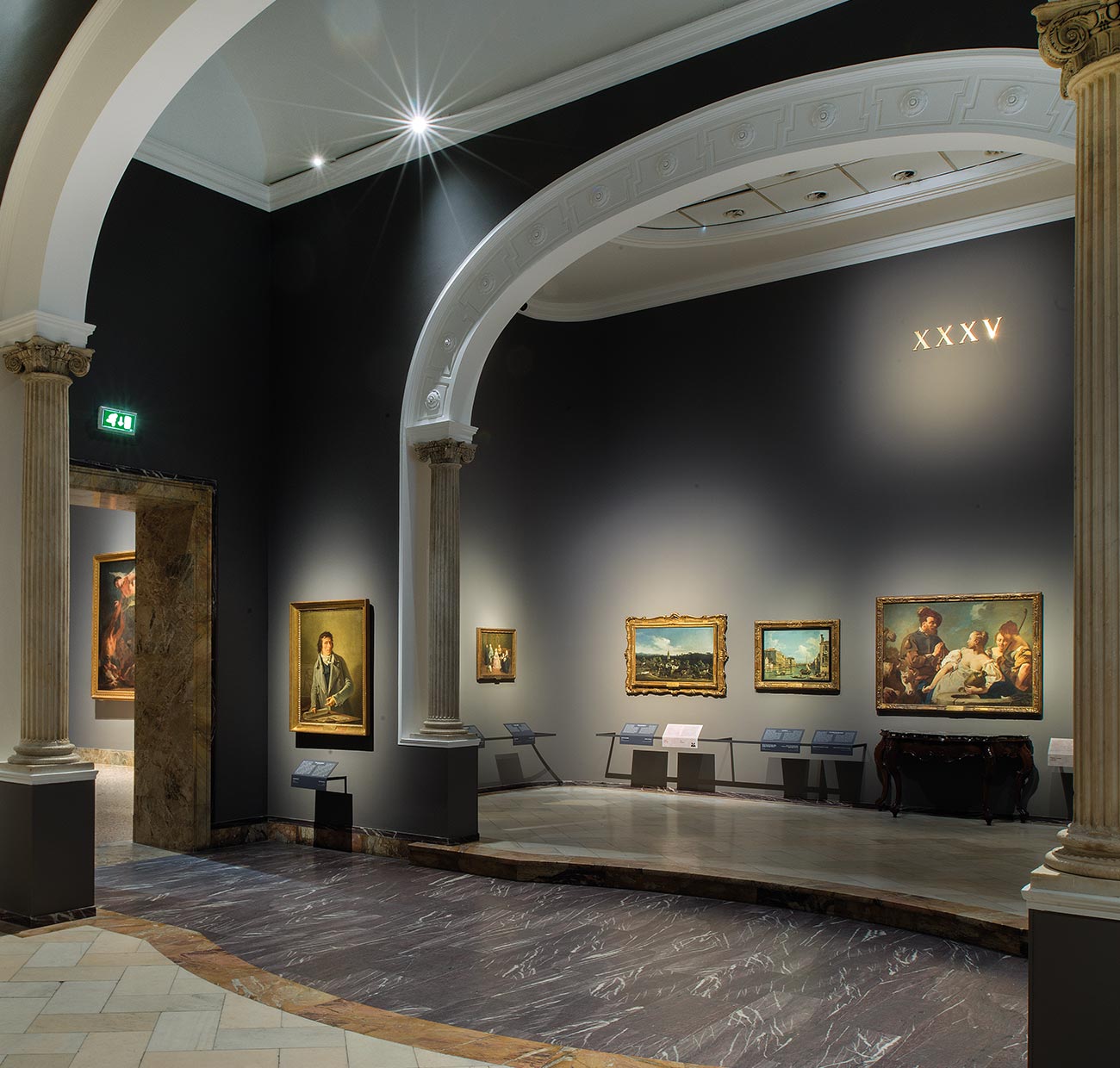 The Brera gallery, which holds one of the world’s most important collections of Italian paintings, was born as a set of exemplary works for the training of students at the Accademia di Belle Arti. The academy itself was founded by Maria Theresa of Austria in 1776 together with the botanical gardens, the astronomical observatory, the library and the other major cultural institutions still housed in the Palazzo di Brera. The collection was expanded in 1809 with the requisition of works from suppressed monasteries and churches, and became a national museum by decree of Napoleon. It now holds over 500 works, exhibited in chronological order and divided into geographical areas. 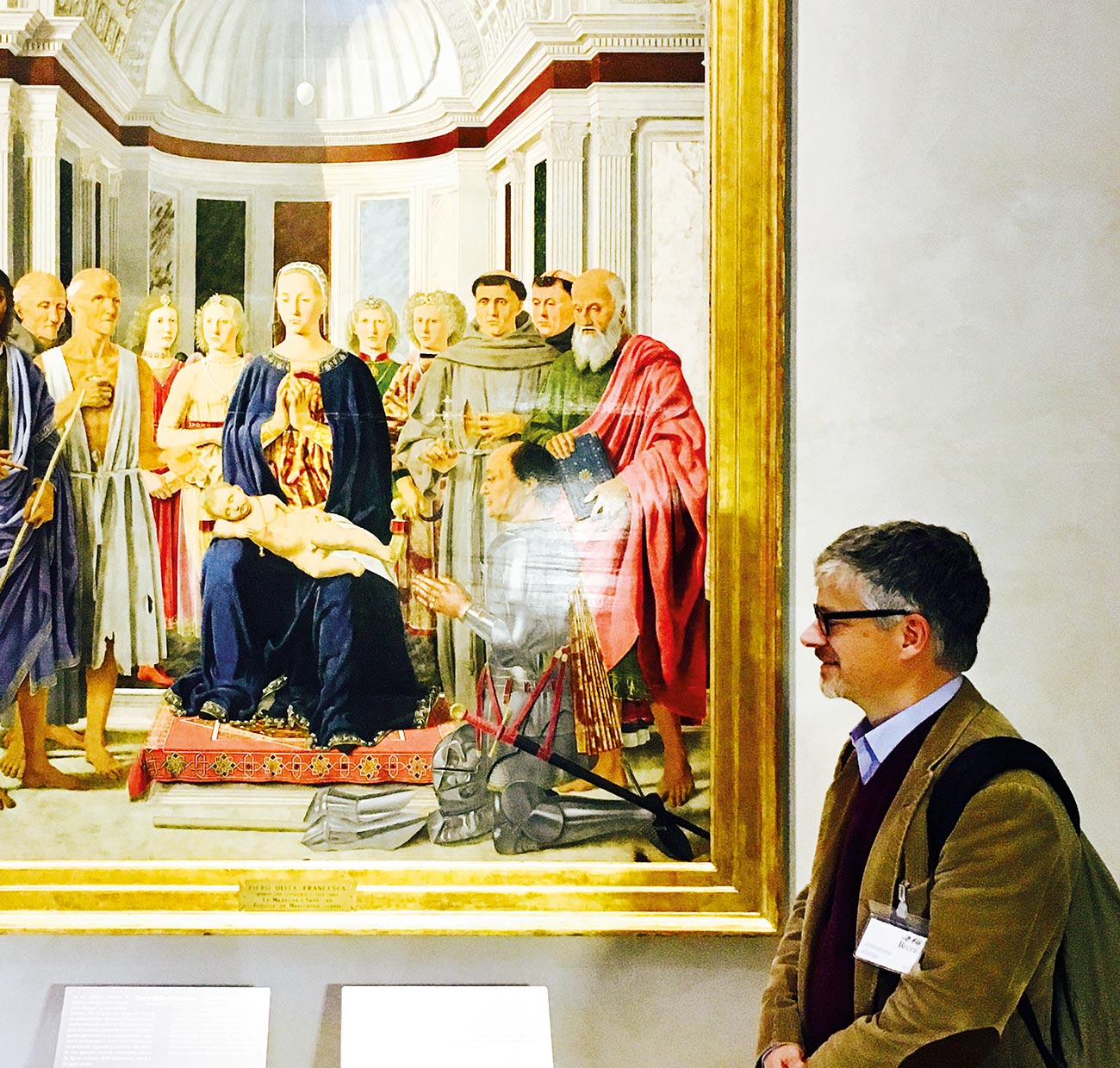 Brief Notes on the Braidense
“When a work of art is no longer considered to be a miracle or a fetish, but a human product that succeeds in bearing witness to the life of its time in the absolute dimension of the eternal, when it is understood to be an always-current interlocutor, then we shall understand that the duty to defend it and preserve it properly is not the tedious claim of noble souls or anachronistic scholars, but a com-mitment for every individual who wishes to be politically aware of their role in the society in which they live.” (Franco Russoli). This quote from Russoli prompted me to create this story about the Pinacoteca di Brera. I’d like to thank Director James Bradburne, Chiara, Eva and the other kind people who work at the Pinacoteca for their tips, information and support. My gratitude goes too to Coconino Press – Fandango and Sara Kayal.
Paolo Bacilieri
Born in Verona in 1965, he earned his diploma from the Bologna Academy of Fine Arts. He began working in the comics-based fiction world in 1982 with Milo Manara. His works include Barokko, Durasagra-Venezia über alles, The Supermaso Attitude, Zeno Porno, La magnifica desolazione and Adiòs Muchachos. He works for a number of titles published by Sergio Bonelli Editore. He brought out his comics short story Palla with Hollow Press, and his graphic novels Sweet Salgari, FUN, More FUN, and Ettore e Fernanda with Coconino Press - Fandango. He has won many awards in Italy and internationally. 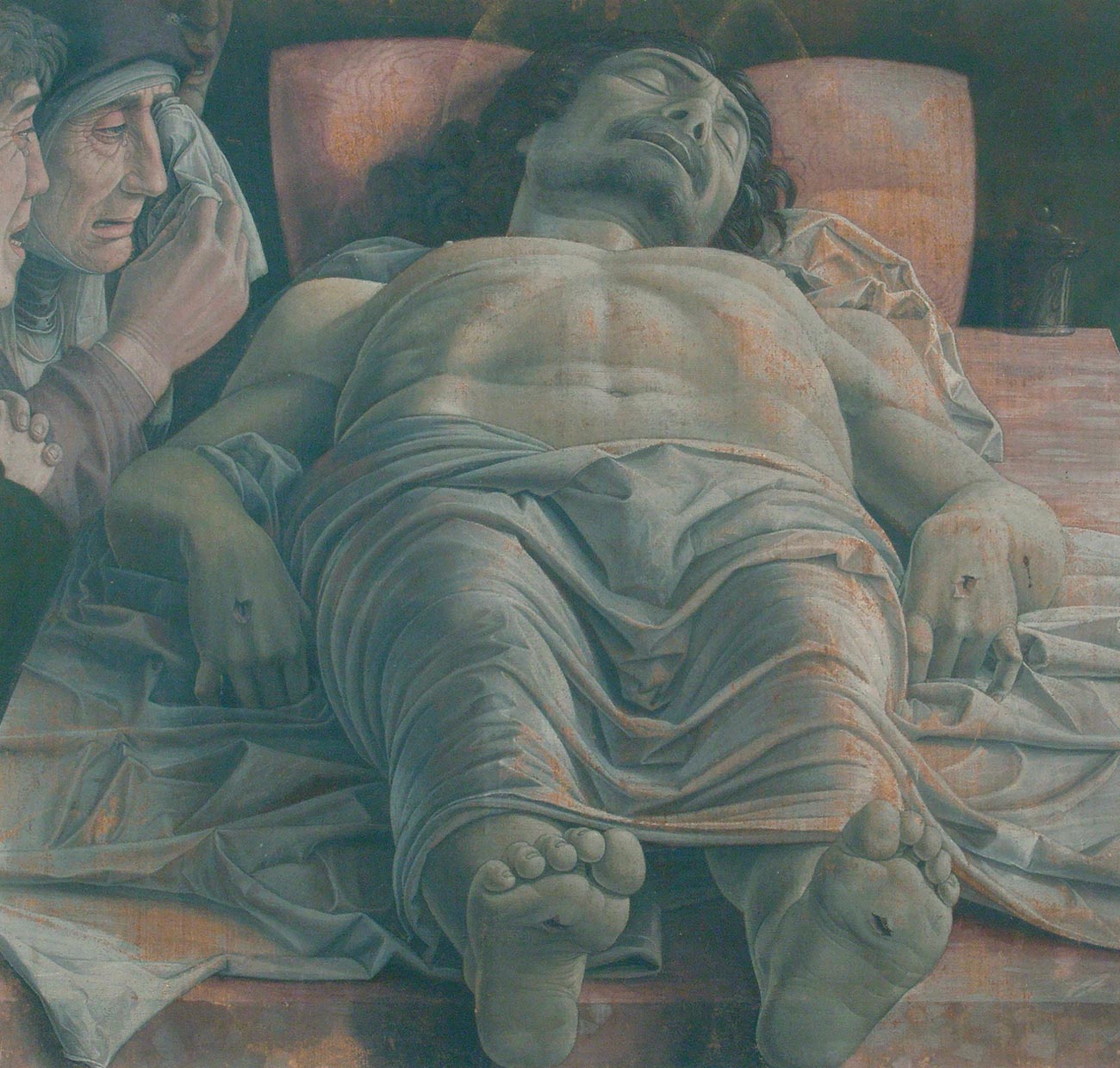 The Lamentation of Christ (detail)
Andrea Mantegna This work is probably the “Christ in perspective” found in Mantegna's studio on his death, a work characterized by dramatic foreshortening that has made it one of the emblems of the Italian Renaissance. While the painter uses a very close viewpoint and realistic anatomical details, the sober colours and the composure of the scene restrain its pathos. 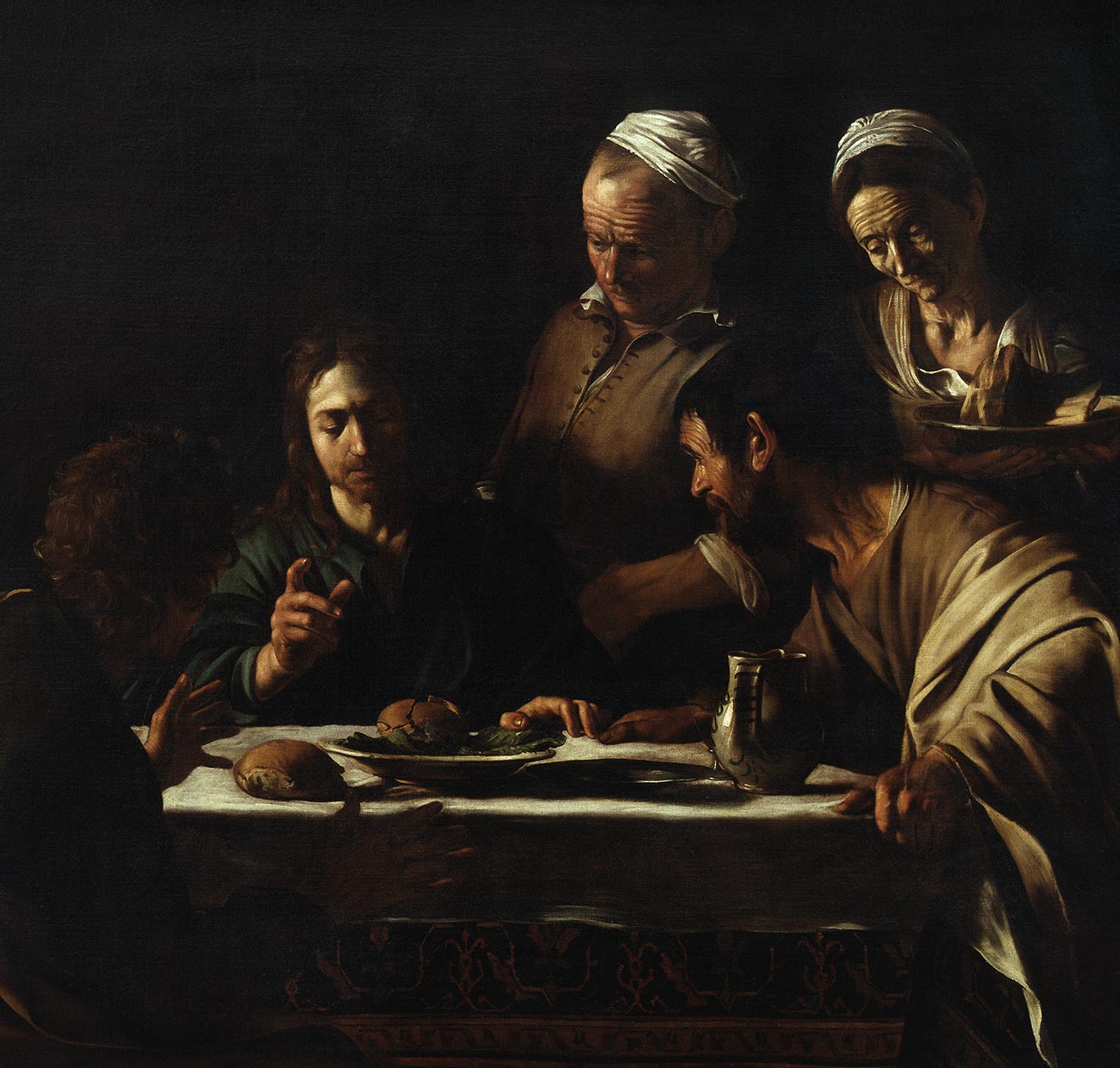 The Supper at Emmaus
Caravaggio Caravaggio painted this Supper at Emmaus, a subject already addressed in a painting now at the National Gallery in London, in 1606 during his flight from Rome, where he had been sentenced to death for murder. As can be seen here in this stark and dramatic work, the painter revolutionized the art of his day through the use of bold chiaroscuro and the realism of figures often painted from life. 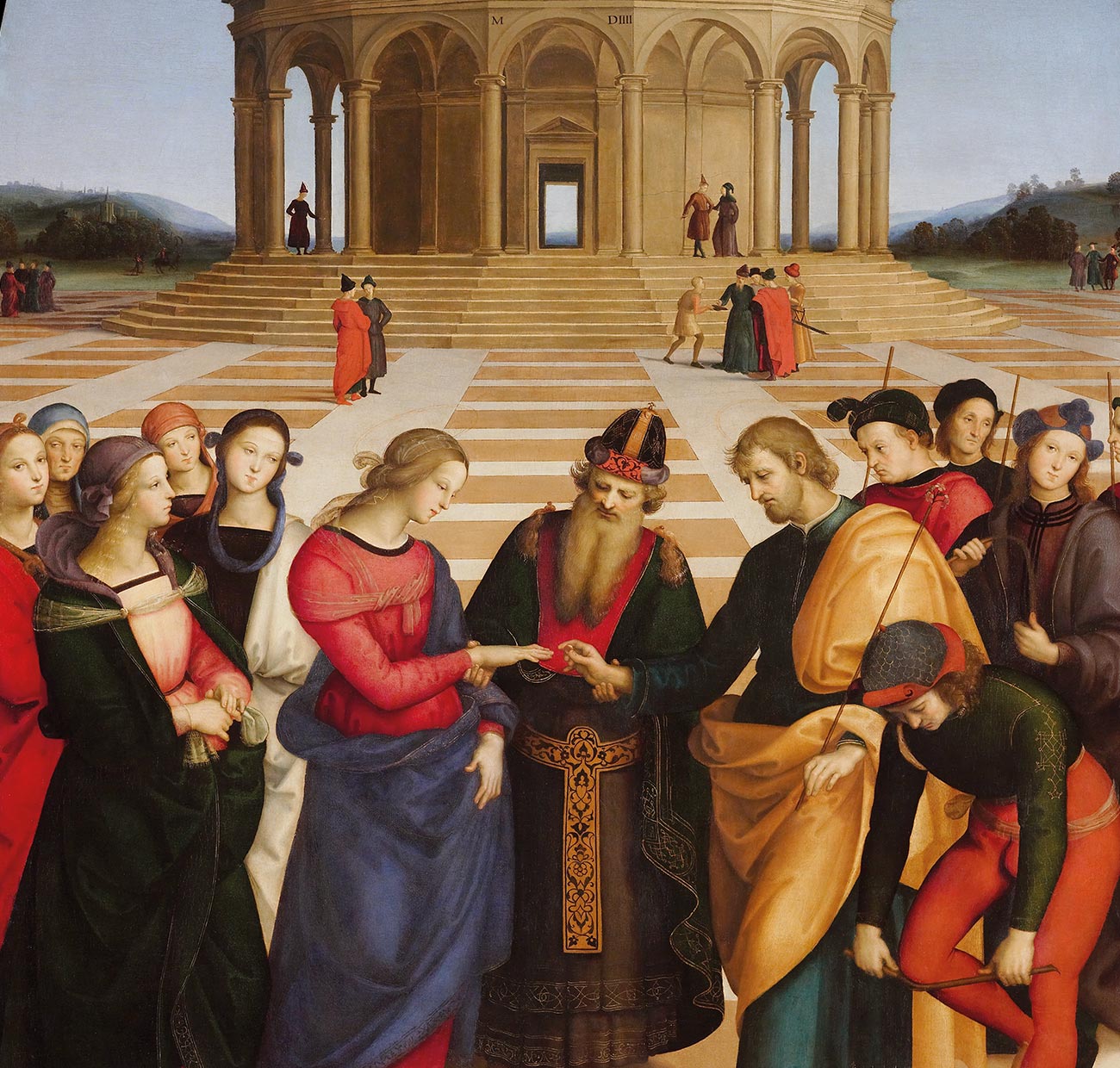 The Marriage of the Virgin (detail)
Raphael While Raphael's model for this painting was the altarpiece on the same subject by his master Perugino, he also applied the instructions of Piero della Francesca's De prospectiva pingendi to create a scene in perfect perspective. The masterpiece fully expresses his view that the artist's task was “to make things not as nature does but as she should”. 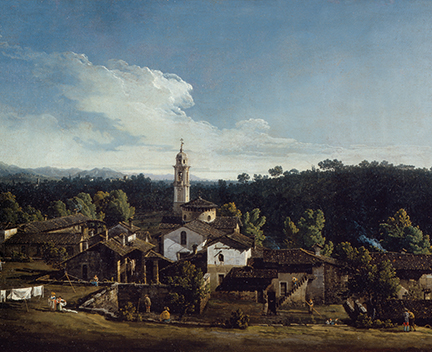 View of Gazzada
Bernardo Bellotto Bellotto, Canaletto's nephew, painted this view and the other exhibited on the same wall during a trip to Lombardy in 1744. It shows the landscape around the villa of the Perabò family at Gazzada. The canvases are exceptional for the natural and realistic nature of the depiction. Bellotto captures the colours and particular effects of light at a precise moment in the day. 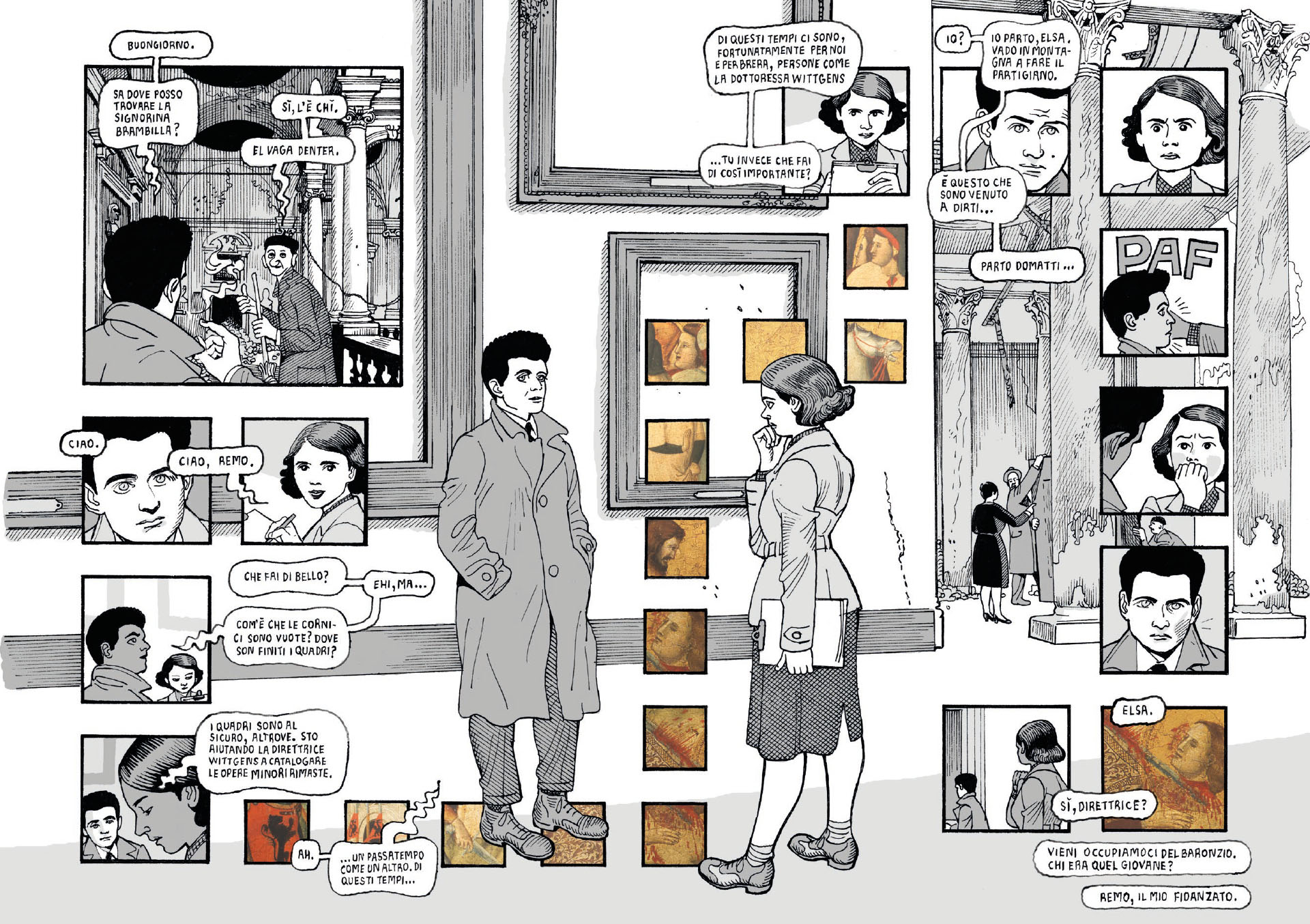 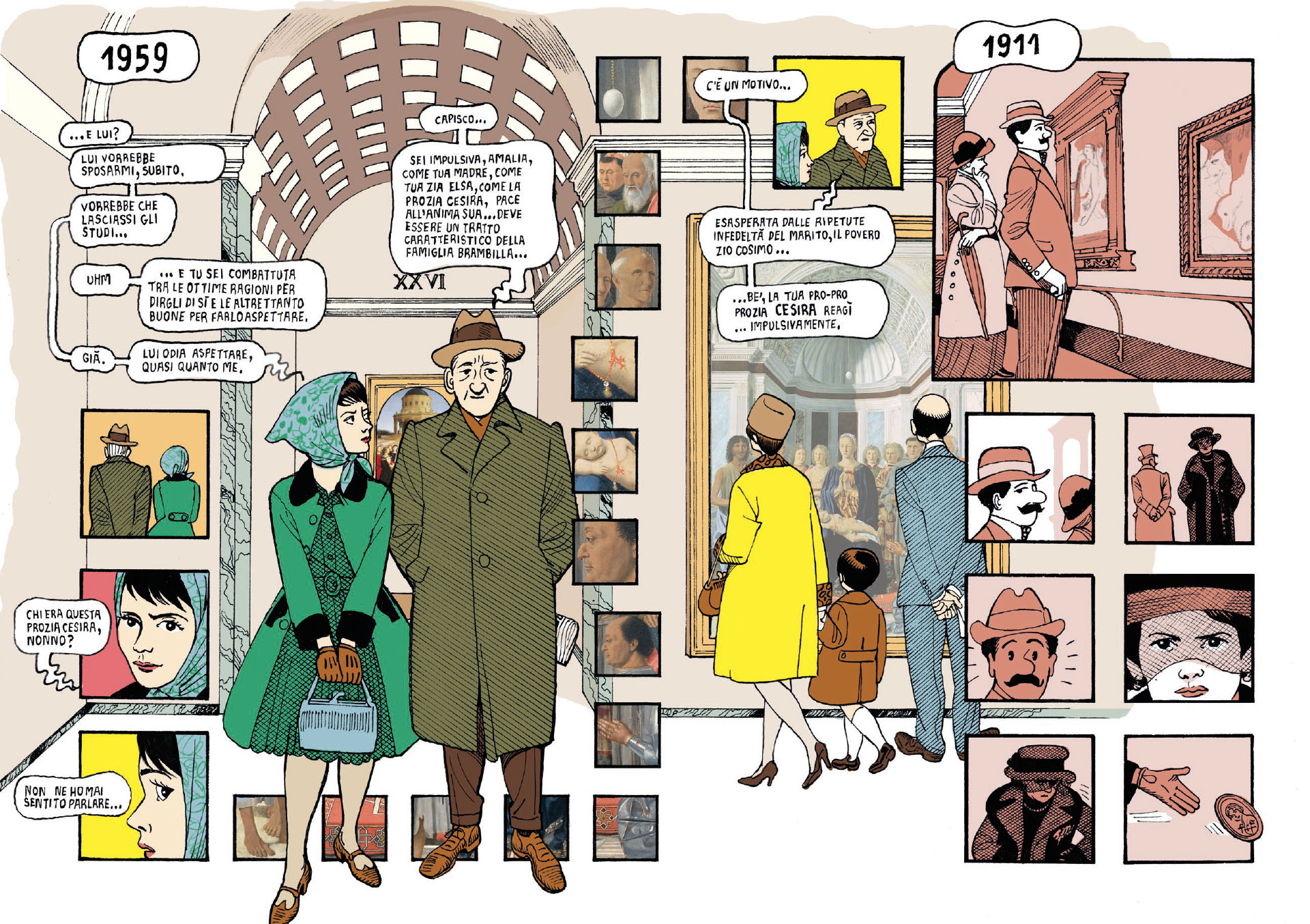 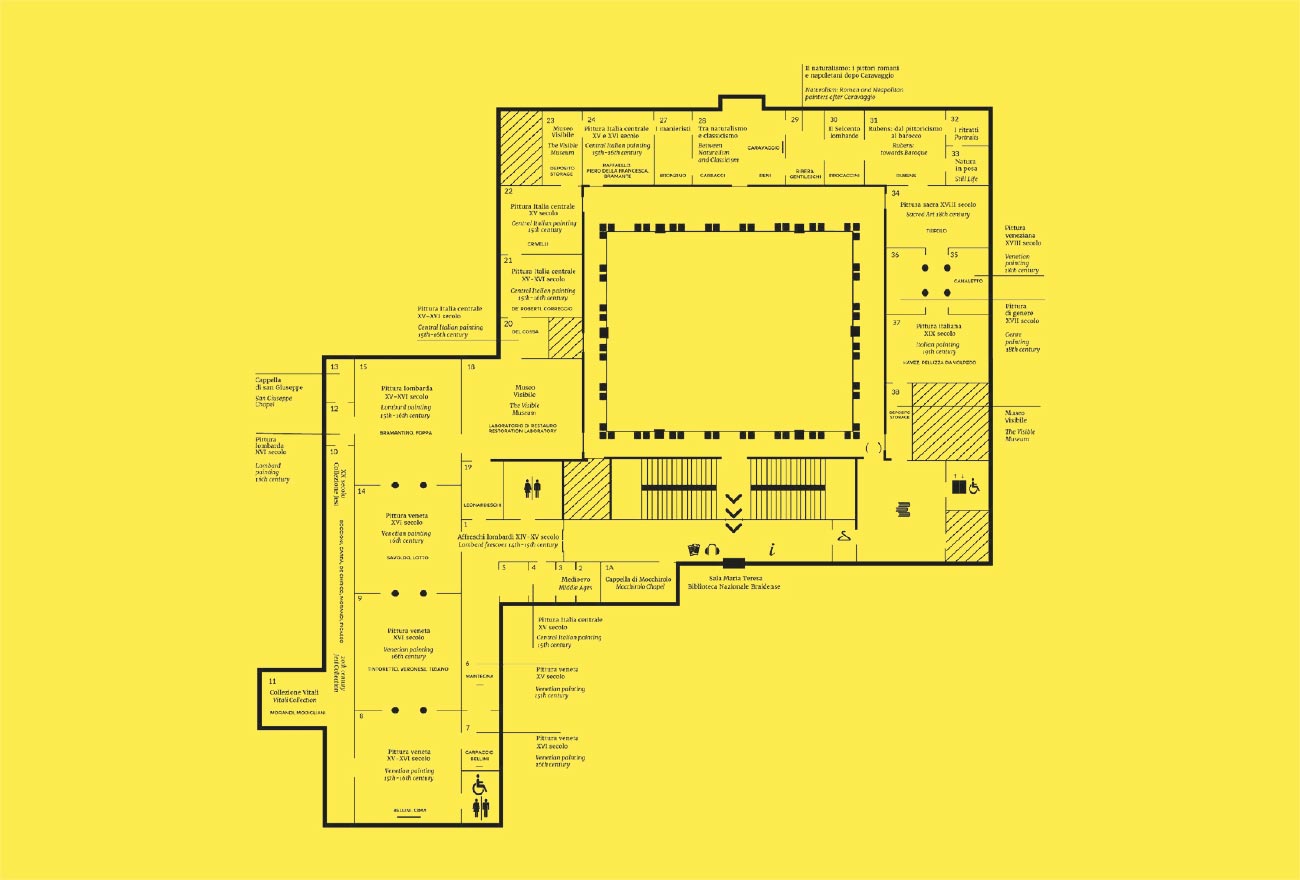 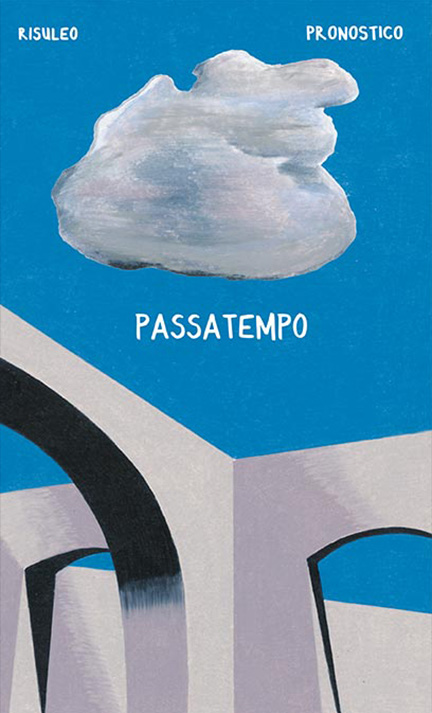